Canada, the second largest market, generated $868 million. The report notes that Canada saw considerable growth, up by 159% from $335 million in 2016 to $868 million in 2017. The Canadian alternative finance market was driven primarily by alternative business funding, which accounted for 61% of the total. 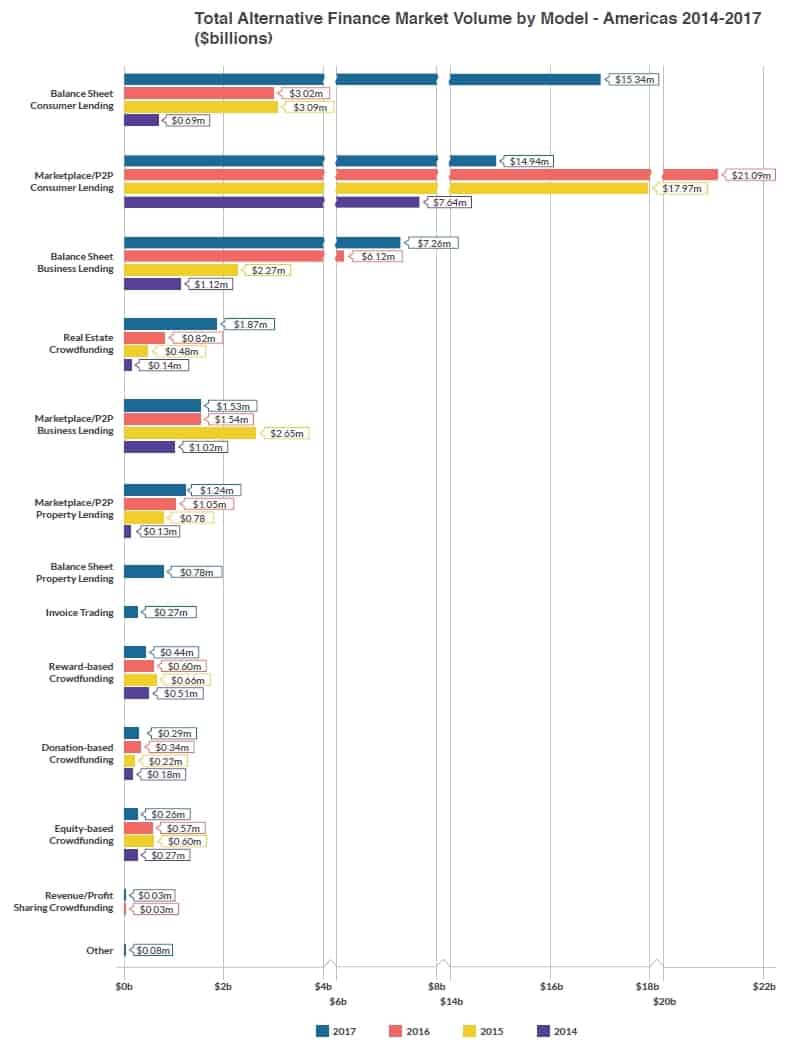 For this years report, 35 countries in the Americas were surveyed. This included survey submission from 234 unique platforms. In addition, external data was collated from 47 platforms. This represents an increase of 134% in platform coverage for the year.

Not including the US, SME business financing was the clear market driver.

According to the report, 85% (or $566 million) of all alternative finance volumes across the region came from business financing. CCAF states this is particularly pronounced in Chile, where alternative business funding accounted for 27% of the overall Latin America / Caribbean (LAC) business funding market.

Some other data points provided by the CCAF Americas report include: