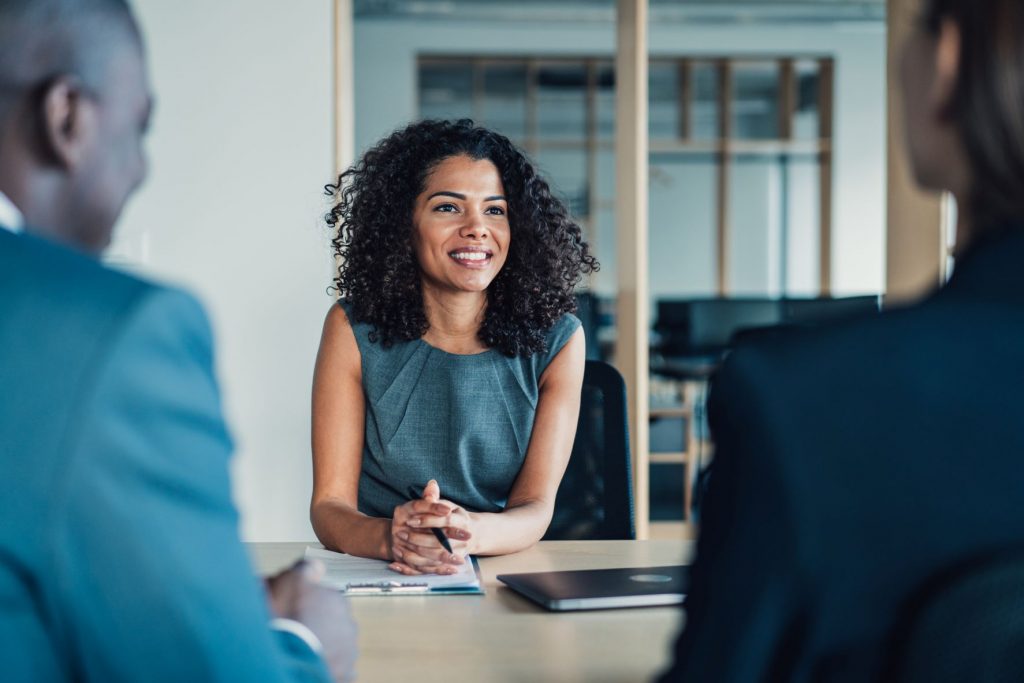 On the back of the recent pandemic, SMEs Canada-wide, the largest contributing members to the Canadian economy have been and continue to be affected. Unfortunately, as a direct result of the pandemic, those revenue declines that perhaps marginally affected larger enterprises, affected Canadian SMEs to a much greater extent. Lacking the needed liquidity, many SMEs were unable to take on the additional debt and were thus forced to shutter their doors.

Recognizing the lack of proper support and infrastructure facing Canadian SMEs, Evrard Nkwemi Director, Financial Institutions Relationships and Credit Analysis of Cubeler had this to say, “We’ve seen many large enterprises over the years be able to afford many different kinds of help, all as a result of their size and financial means. The problem with this however is that those large enterprises that everyone knows at this point, make up a small fraction of what supports the Canadian economy. At Cubeler, we’re trying to level the playing field, we’re extending a helping hand to all SMEs to get them in touch with the right lenders, not only to support their growth aspirations but to offer tangible help to the national Canadian economic infrastructure.” 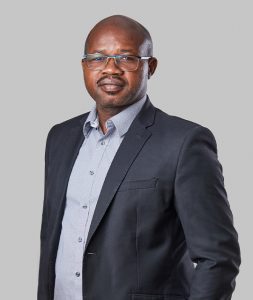 According to StatsCan, despite the fact that a majority of businesses had a positive outlook for the coming 12 months, less than 75% of businesses wit

h 1 to 19 employees said they had a positive outlook toward the coming future. According to the graph displayed on the StatsCan website, the larger the business, the rosier the outlook. The demoralizing thing for many businesses that are still in the process of trying to get back to their pre-pandemic revenues is that the World Bank has recently suggested that because of the interest rate hikes, there was a good chance of a global recession forecasted for 2023.

Canadian Chamber of Commerce and Deloitte Find Key I

One of the main problems facing Canadian SMEs is that they are expecting decreases in their profitability and sales in the coming future, especially compared to their revenues pre-pandemic. In addition to that, much of the aid these businesses were receiving was from government subsidies which have either already ended as of June of 2021, or due to the requirements for the loans and aid, do not fit the criteria to receive help. These capital and liquidity support measures also carry with them an inherent added stress given that the average SME outlook for future revenues is diminishing, they need to be repaid in most cases. If there are any available left and you are an SME in need of financial support, you can find them here.

A third problem that many SMEs are facing has to do with supply-driven challenges. More than 25% of businesses are expecting difficulties in acquiring needed products and supplies domestically over the next three months, while 18.2% of businesses are expecting to find the same issues sourcing supplies from abroad. In addition to the difficulties sourcing materials, due to global supply chain issues, the costs of acquiring these goods have increased dramatically as well. People no longer returning to their job sectors is one cause of the problems in
sourcing materials, but since the lockdowns have been lifted, that two plus year hiatus on acquiring goods and services, the demand for these products has skyrocketed to higher than pre-pandemic levels, which further increases costs.

The supply chain issue, as much as it is affecting the local retailer, is also affecting the manufacturers and distributors as they need to source materials, so a shortage of supply for them, means their production ability has been cut and further impedes delivering products to retail locations, and from there the everyday consumer. Beyond the pandemic, recent political and structural inefficiencies have also hamstrung the industries from bouncing back, power outages in China affecting production combined with Brexit, which lead to a shortage of truck drivers not only curtailed production but transportation of what was produced. In short, the entire system is having issues across every level of the supply chain and manufacturing capabilities. As there are continued shortages for the moment, the issues will only be exacerbated as demand will continue to rise, causing even more demand, and driving costs up even more. Despite this, however, things will bounce back, it will just take a little longer than expected.

The Cause and Effect To and From Lenders

One good thing that came out of the pandemic is that compared to most other businesses, banks have done remarkably well as they have become incredibly supportive to the Canadian population when it comes to interest rates on loans and monetary support mechanisms such as offering credit.

One way in which banks directly influenced the market for the betterment of all businesses was by increasing the liquidity in core funding markets. Due to the decreased foot traffic in all retail locations and businesses as a whole, liquidity has become top-of-mind for all banks as businesses have started to rely much more heavily on credit to help get them through these uncertain times. Particularly, according to the Bank of Canada, this is how the liquidity needs have been affected for people and businesses:

· Banks rely on it in their financial markets so they can lend and provide wealth-management services to Canadians
· Companies require a market for their bonds so they can continue to pay for expenses and operating costs despite their revenues being devastated during the pandemic. They require credit to keep paying employees or to invest in manufacturing capacity, so they’re prepared when business returns to the status-quo

As you can imagine, credit during these trying times effects everyone. The ability to procure everything from business to household goods, and for the purchase of essentials for survival is critical, especially for those who have lost their jobs due to the pandemic. It’s also important to note that banks were already very well prepared for this kind of event because of their experience with the Great Recession, the financial crisis of 2007-2009.

Though the cause was different, namely, the housing bubble bursting, compared to the most recent pandemic, the result being thousands of people losing their jobs, along with the financial effects being very much the same. One of the most notable aspects the banks did was to cut their policy interest rates down to 0.25% to help during the pandemic, though it was raised substantially since then. According to the Bank of Canada, there was no plan to lower it any more than that as it could have had the opposite effect and hinder markets.

What Financial Lenders Did to Directly Support SMEs

Since September 2020, financial lenders have not only authorized more than $254.6 billion in credit to the SME sector of Canada, but they have gone to extreme lengths to ensure that the Canadian economy stays afloat. One of the greatest benefits that have been given to SMEs has been that they were the direct deliverers of the Canadian Emergency Business Account program, which provided up to $40,000 with 0% interest until December of this year (2022), and if SMEs are able to repay the loan by the end of 2022, they are offering an additional amount that is forgivable up to 25% or one-quarter of the loan.

Another aspect that the banks have been helping with is the banking fees that are not only irritating at times, but can cost quite a hefty amount when added up. Up until now, however, the banks have waived more than 4.9 million dollars in fees for small business bank accounts since March 2020. Overall, the financial lenders of Canada, with the main focus on the six largest Canadian Banks have not only dolled out millions upon millions of dollars to help keep the Canadian Economy afloat, but they have also forgiven those businesses that are still struggling in spite of these loans of any extra fees or interest charges they may have incurred due to the borrowed assets.

The money being forgiven or lent out is not simply being tossed around, however. Financial institutions have gone to great lengths to partner with governmental organizations to analyze where the money can be most beneficial. On top of the loans, these lenders are conducting numerous studies and incredibly detailed research to see where more money can be given to continue to help bolster the economy as the aftereffects of the pandemic are proving to be just as hard as the initial drop in revenue the pandemic caused.

Additional Aid and Competition to Lenders

As people slowly become more accustomed to venturing out into brick-and-mortar stores again, and as many SMEs continue to ramp up their digitalization efforts, rest assured that financial lenders across Canada will continue to support the backbone of the economy to keep the Canadian market in a healthy space.

Beyond the Governmental aid, and the extensions of financial loans to SMEs, the only real thing that was forgiven to SMEs during the pandemic were some of the banking fees. Mind you, in Canada, despite the CEBA (Canada Emergency Business Account) offered to businesses on their bank loans which were offered at 0% interest with no fees, this forgiveness on the interest rates was only valid until the end of 2020. The unfortunate thing for SMEs is was that after 2020, they begin accruing a 5% interest rate, which again, was only valid for a maximum of five years, and we have yet to see exactly what will happen to the rate of interest once we cross over 2025. If standard banking practices come into effect, these interest rates will undoubtedly return to much higher rates. These kinds of practices not only opened up the financial lending field for many third party lenders to get involved, but as a result offered SMEs much more negotiating power in order to determine which lending institution best fit their required needs for whatever timeframe they foresaw them needing the loan.

This diversification of lending institutions has given SMEs many more negotiating possibilities regardless of the hard times forced upon them by the pandemic. The resulting effect is that banks now have more competition not only from each other, and credit unions across Canada, but there are many more smaller, third party financial institutions that have emerged, offering quicker returns on offering loans, regardless of the interest rate, to allow SMEs quicker access to liquid capital. This increased pressure on financial institutions is a boon for all SMEs across Canada, as those new lending institutions will no doubt have more impetus to stick around even after the post-pandemic fallout, and will only go to further put pressure on the big 5 national banks across Canada.

In short, while the pandemic may have brought hard times in the short and medium term for Canadian SMEs, the long-term results may prove much more fruitful. As SMEs across the country now have many more options to source needed loans from financial institutions that may be more ready to offer more personalized and aligned money lending opportunities to the business segment that makes up the majority of our national GDP.

« Previous post
"Op-Ed: The Role of Fintech in the Future of Small Business"
All Posts