Larry Diamond, CEO of Zip, is on a global shopping spree: Buy Now, Profit Later. Since August 2018, when Zip app was launched in the Google Play Store, Larry and his partner, Peter Gray, have acquired PartPay Limited (New Zealand), SpotCap (ANZ), Twisto (Czech), Spotii (UAE) and, this past month, Quadpay for $430 million. The past week’s acquisition of Payflex in RSA, Africa is another in the shopping basket for this fast growing BNPL company and maybe one of the more interesting.

Since 2017, Payflex has expanded to dominate the RSA market with 1,000 plus merchants and 135,000 customers. However, the opportunity is far greater: the entire Sub-Saharan continent is prime for BNPL services.

However since 2007, smartphones have begun to dominate the marketplace. The ultra-low-end price band (less than $100) accounted for upward of 50% of the market’s shipments. Samsung, Xiaomi, and other smartphone makers launched new feature-rich models in this price band feeding adoption. Under the banner of inclusive commerce, there are programs across the continent to drive consumers from feature to smart.

The smartphone economy changes everything – smartphones deliver data and functionality which allow for sophisticated banking services. Next-gen phones allow banks and fintechs to challenge the m-Pesa stronghold and expand their base into the non-banked population. With COVID, banks across Africa have desperately tried to up their digital game launching lending apps to their base. However, this is new territory for banks – as they tip toe out of the safety of the neon-lite branch, how can they capture and convert unsecured non-bank customers without driving up NPLs?

Lipa Kidogo Kidogo (Swahili for “Pay a little, a little”)

The answer for African banks and fintechs is to provide an iron-clan underwriting strategy with a simple, friction-less (m-pesa like) service.

BNPL offers the service: simple and unambiguous: pay for an item in 4 installments. In most cases, there is no legacy credit card discussion in target market. This is the new credit vehicle. A shopper wants to flex their wallet and is more likely to buy if they can split the payments on an item across four paychecks.

Startups like Lipa Later (Pay Later in Swahili) and Aspira Kenya are appearing at checkout in Kenya. However, these BNPL wannabes charge interest so in many ways short-term installment loans and not a pure BNPLs. 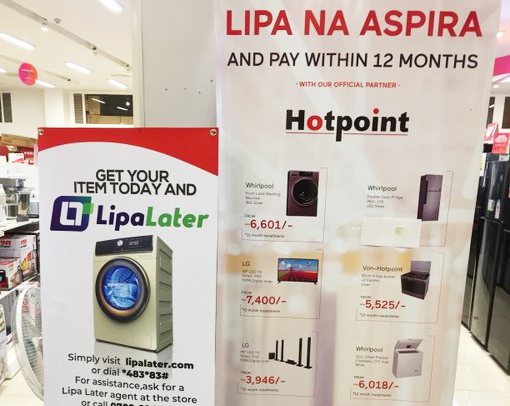 African e-commerce giant Jumia will surely be provision BNPL as a service across its vast network. Also, watch for VISA and Mastercard.  The incumbents are hungry for this new payment | credit sector. As we have seen in Brazil, credit cards have an opportunity to embrace this new business model, formalized a method of splitting payments over 4 months. (In Brazil 60% of the purchases nationally are made with credit cards and more than 50% of those transactions are made in installments.)

KCB Bank, the largest commercial bank in Kenya with US$2.776 billion in customer deposits, has entered into partnership with retailers offering installment services called Lipa Kidogo Kidogo – a stepping stone to BNPL. 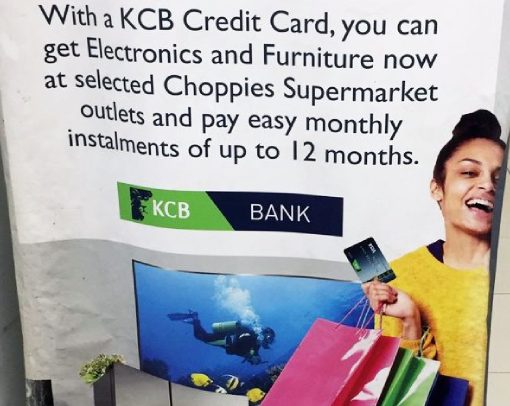 … but is all in the decisioning data

Success or failure of BNPL services in Africa will depend on their ability to decision in real-time.

Credit Bureaus in Nigeria and Kenya only have visibility into under 20% of the population. These thick files that are good for a mortgage or a car loan but not helpful for nano-lending. 80% of the population in most markets are credit invisible. Their source of credit is from the informal mobile money economy. Leading fintech lenders: Tala, Branch, Fairmoney, Renmoney, Carbon, all decision using alternative data sources with smart ML business logic to score consumers. As some look to power BNPL services, their credit models will need to be robust and real-time. They will also need to navigate strict consumer privacy regulation that we have seen in Kenya and Nigeria (think GDPR) and seek the consumer expressed permission to access their data for the purposes on a given transaction.

BNPL is the model. Data is the enabler. And the smartphone is the new branchless bank.